Government Lottery Monopolies and Potential Breakaway to the Private Sector 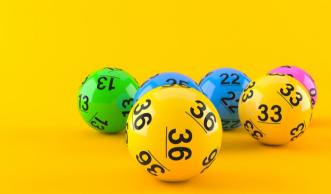 Government Lottery Monopolies and Potential Breakaway to the Private Sector

Lotteries are traditionally government-controlled, but they are now also moving to the private sector. Let’s take a look at what this means for you.

Lotteries are traditionally owned by the world’s governments, mainly for how much revenue they tend to bring. The current estimate is that they account for half of all gambling revenue globally (more than $250 billion in 2018), making them a monopoly no government is ready to give up:

This has been going on for decades, if not centuries, in some places, but the modern world is changing. The iGaming industry keeps on finding ways to get a piece of this incredibly lucrative pie. This trend is likely to continue much faster now, with the pandemic negatively affecting most offline forms of gambling, including state-owned lotteries.

There’s no exact date when the first lottery came to being, as lottery games can be traced back to the ancient Chinese.

However, the modern versions are likely to have begun in the Republic of Genoa and the Low Countries, i.e. the Netherlands and Belgium.

The first documented lotteries began in the early 15th century, within the crowded cities of Flanders, today mostly part of the Netherlands, Belgium, and France. They were mostly made to gather funds for various public works.

As for Genoa, it’s primarily responsible for bringing us lotto in the early 17th century, which started as a popular betting game among numerous citizens. They would bet on which politicians would enter offices. Naturally, it didn’t take long for the government to take over these games and replace politicians with numbers.

As for the United States, lotteries are one of the earliest forms of gambling, dating back to the first English colonizers of the 17th century. During the War of Independence, officials even used lotteries to collect money for the war effort against the British.

Later, during the Civil War, lottery games stopped being commonplace but returned big in the 20th century. New Hampshire was the first to legalize the lottery in 1964, but other states quickly followed, and by the 2000s, most of the US had state-owned lotteries.

For example, the British lottery transfers 40% of the proceeds to fund the Department of Digital, Culture, Media, and Sports.

As for the United States, state governments usually take an average of 28% of the proceeds to fund works of public importance, like problem gambling and education.

In Europe, each country of the EU has its own rules for national lotteries. However, this is often at odds with the regulations and standard practices of the EU. It’s unknown how this will change in the future, but a change is necessary as the EU wants to have unified gambling laws, while specific countries like Sweden wish to keep full control of their gambling markets, especially the lotteries. A status quo like this is unsustainable.

Lotteries in the World of iGaming

However, online casinos and other iGaming sites never generate as much revenue with their lottery games as the governments can.

One of the leading causes for this is that lottery tickets are more accessible to the public. On top of that, national lotteries can offer massive potential winnings, while iGaming versions can’t as they are not nearly as centralized and thus have smaller total funds to operate.

Let’s not forget that the typical lottery games on offer in most gambling sites don’t appeal to the average player, who is either mostly inclined towards fast casino games like slots or games that maximize their chance of winning, like card games and sports betting. The lottery doesn’t fit into either.

However, this has a significant potential for change and not only for the fact that offline gambling ventures are slowly falling out of fashion.

The potential for change also exists because new versions of traditional lottery games are entering the picture. For instance, live dealer lotteries are already proving to be more attractive to players, while Evolution’s Mega Ball game has shown that bingo can be a compelling game for modern gamblers. There are other examples, and each represents the iGaming industry’s greatest chance for taking a bigger slice of that lucrative lottery pie.